And as the icing on the cake, fiscal support is kicking in worldwide, lower tax rates being seemingly the ultimate solution for attracting money and talent. In the US, Donald Trump has once again reaffirmed his intention to repatriate billions if not trillions of dollars thanks to much lower corporate tax rates. The UK government is using tax breaks as its trump card to discourage corporates from leaving the country after Brexit, and even governments in continental Europe are one after the other announcing their intention of doing the same and embarking on a virtuous (or vicious, given the state of public finances?) cycle of corporate tax cuts. These initiatives are one more reason why we believe there is still room for higher net earnings per share, because the rule of the game is to think not only of earnings but also of net earnings per share after tax. In the past EPS numbers had been boosted through share buybacks (a practice which by the way still remains massively over used) and a fall in the cost of debt. They can also be inflated lower tax rates.

Thus we can meet a couple of conditions to justify higher stock prices, which also explains why we are more inclined to buy and hold, rather than to sell in May and go away.

At the dawn of the New French Revolution?

Everyone reading the International Press definitely feels it. France moved overnight from being the source of the biggest potential danger for financial markets, the most threatened democratic place of the free world to a decent source of hope. The most ecstatic even mentioned the holy word “Renaissance”. The youngest current Head of State of the planet and the youngest “chef d’Etat” of France since Napoleon, Mr. Macron has as yet never run for any election in the past. We have indeed a pretty strong symbol.

Regarding France one could even see in Mr. Macron the providential man who will cure one of the last “very” sick men of Europe. We note in particular the willingness to bring down the corporate tax rate to the European average of 25% vs 33.3% currently. It might represent a boost of up to 10% to French corporates’ after-tax profits. The most impacted stocks are to be found in the domestic sectors (financials, construction, media, house builders, telecom operators, IT Services), and more generally in the small and mid cap companies, which tend to pay a higher share of their tax in their domestic country than large caps.

The political backdrop being set what are we left with? A strong cycle with still very good economic surprises at the opposite of the US markets (cf charts), at a time where US based investors have only partly reallocated their positions in favour of Europe, a very strong quarterly season and EPS upgrades to come leading a consensus to expect 17% growth in profits for the current year, which we think is realistic. Yes the market is not cheap but we are not in a phase where we have an already massive bubble to deal with. We might be ready for a bubble to come but today we are at the point where everyone has to be selective when building a new position. We therefore take the view that the European market could continue to outperform other regional equity markets for a few more months

Inflows into Euro zone equities could surprise on the upside

After the first round of the French presidential elections on April 23, volumes traded on the CAC 40 and in euro zone equities soared spectacularly. Then, following the second round on May 7, the movement calmed down, with investors taking profits after the surge of the two previous weeks. What will be the main trends over the next few months? All other things being equal, if the improvement in Euro zone fundamentals and the easing in political risks are confirmed, the rebound in volumes could go much further than what we observed over the last few weeks.

In April 2014 the Global Equity team in London launched the Global Concentrated strategy. Our challenge was to pre-empt some changes already evident in the funds marketplace. It was already evident that the time of the high fee closet indexer was over. ETFs were an existential threat to active management if we were unable to meet clients demands for higher and more sustainable alpha, differentiation from passive and of course competitive fees.

A point I would like to highlight is the very steady Active Share and also the consistently high specific risk in the portfolio. Although weights have varied substantially regionally and by sector these metrics have been quite stable suggesting we have constructed the strategy carefully extracting an appropriate level of diversification from the thirty stocks but maintaining a very healthy distance from the benchmark. This strategy remains the “anti tracker” but risk is carefully controlled.

I believe we have shown ourselves very able to do this. In 2014/15 there was a value anomaly in Japan, particularly in cyclicals, which we were able exploit, in mid-2015 and into 2016 this shifted to Europe and has largely remained there. We have been stubbornly overweight Europe for some quarters now and this is beginning to pay off. Today the strategy has something of a barbell structure reflecting ongoing opportunities in some cyclical areas, particularly European financials but also emerging attractiveness of high FCF yield stocks (healthcare, tobacco). Value for us is defined as a 25% discount to intrinsic value measured on a DCF basis: sometimes this aligns with a traditional definition of value (low P/B), sometimes it does not.

We have learned – the hard way – that it is critical to avoid blow ups in a concentrated strategy. Two stocks have cost us nearly 400bps of performance combined, Porsche (Germany) and CBD (Brazil). In both cases the analytical work completed prior to investment was innovative and extensive but in both cases the outcome for the strategy was highly adverse. In both cases there was a clear risk factor that was understated in our process: governance and more broadly ESG. Our response has been to consider these factors much more carefully in stock evaluations. The one major revision to our process that we have done over the three years has been to integrate ESG ratings into our stock selection. Our strategy scores a C- on average on Amundi’s ESG scoring which makes it better than the overall benchmark on these factors.

Overall I am pleased with our first three years. We have had plenty of challenges but this has made the team more cohesive. We have also used these challenges to refine our investment processes and our tools. The portfolio characteristics have been quite consistently close to our initial targets and performance, whilst not the 3% annualised excess return we have targeted, is competitive against a struggling active management industry. The key lessons we have learned:
1. A small centralised team works effectively when combined with disciplined screening;
2. Diversification and risk control can be achieved with 30 stocks;
3. Price targets drive turnover but holding periods are average 18 months in most sectors;
4. Blow ups are painful and time consuming: they must be avoided!
5. The best things in life are often not the most expensive (this is after all our strategy philosophy)!

Send by e-mail
Equity Letter - The earnings after tax story
Was this article helpful?YES
Thank you for your participation.
0 user(s) have answered Yes.
Related articles 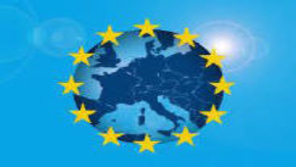 As we saw in Japan a few years ago, all the stars are aligning in Europe. 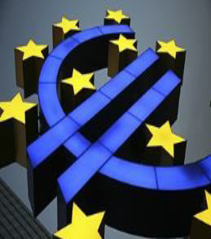 The recovery story in Europe offers a great opportunity to buy small and mid caps. Our focus this month is on Financial Innovation in Convertible Bonds.Over the years, the convertible bond market has seen several financial innovations, some temporary and some sustainable. The most recent innovation is the non-dilutive convertible bond. 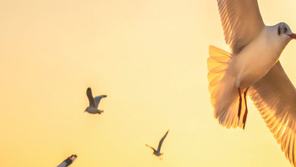 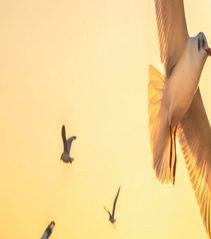 When we look fundamentally at the risks and rewards in equity markets for 2020, we find that value offers better opportunities than growth as implied expectations are lower and therefore more attractive for value at this point.