That’s the big question behind the European Union’s economic bounce after its ‘lost decade’: the toughest period since its inception in 1957.

Last year, its economy finally joined the growth party as part of the most synchronised global expansion since the 2008 financial crisis. It lifted the spectre of secular stagnation, manifested by spiralling debt, runaway deficits, ageing demographics, rising unemployment and anaemic growth.

The 2016 Brexit result was a vote of no confidence on the part of one nation’s citizens. Such an anti-globalisation backlash has been vivid in other member states too; as is the distrust of politicians and political institutions.

Anti-migration sentiment has been all too virulent – as shown by the latest election results in some member states.

However, with the recent economic revival, there is some anticipation that the EU’s political and business leaders will take action to create fresh dynamism to improve business competitiveness and citizens’ wellbeing.

For European pension plans, this is an important issue: the majority of them tend to have a strong home-region bias in their investment choices.

Moreover, the latest regulation designed to protect banks in Europe and the US has not eliminated risk from the global economy. It merely transferred it from banks to investors by pushing them into risky assets via zerobound interest rates. Like a waterbed mattress, pressure applied in one place just moves the contents elsewhere.

The latest wave of tit-for-tat tariffs in a new ‘cold war’ between the US and China will also have added ramifications.

These new sources of risk have sparked interest in whether the long-awaited institutional reforms in the EU are likely to be implemented so as to minimise damage in the next downturn. After all, in this beggarthy-neighbour world, the chances of the G20 countries uniting once again against a new crisis are slim.

Accordingly, our 2018 annual survey has pursued the following questions:
• has the EU economy finally turned a corner after the prolonged calamity inflicted by the 2008 crisis?
• what further actions will promote the healing process?
• what new risks are likely to arise and how will they affect the asset allocation of pension plans?
• how will the latest IORP II Directive (Institutions for Occupational Retirement Provision) affect the European pension landscape?

These questions were pursued in a survey of149 pension plans across the EU with total assets of €1.89 trillion, backed up by interviews with 30 of them (details in the figures below).

Our headline findings are presented on the next two pages, followed by six themes that expand on them.

Send by e-mail
Rocky Road for the European Union: Pension Plans' Response
Was this article helpful?YES
Thank you for your participation.
0 user(s) have answered Yes.
Related articles 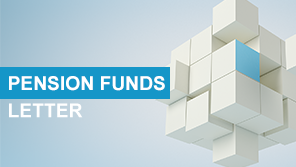 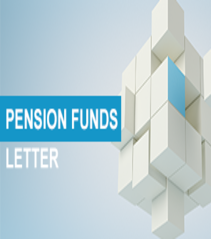 "Just after the recent market corrections and volatility spikes, important debates are arising again. The stress observed lately in the markets clearly indicates that we are on the verge of a global regime change."

The recent financial market conditions, marked by increased volatility and cumulative rising rates in the US, clearly confirm the end-cycle momentum. Facing this uncertain and challenging environment, asset owners are progressively turning off the risk engine. In that context, ESG1 investing should play an increasing role in Pension Funds’ allocations, as it provides interesting diversification features as well as hedging properties against fat-tail risks, particularly hard to detect in the current market environment. 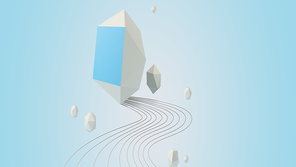 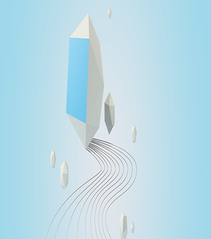 Has central banks’ Quantitative Easing (QE) been a blessing or a curse for investors?