The Riksbank and Norges Bank both held their monetary policy meetings this week.

The most eventful one was the Riksbank’s. Although leaving its monetary policy unchanged, the Swedish central bank tweaked its forward guidance on rates to signal that it expects to bring the key policy rate back to zero in December (from the current level of -25bps). The board took the decision unanimously. Given the recent worsening in both soft data (September manufacturing PMI came out at 46.3, last seen in 2013) and hard (GDP growth slowed to 1.0% yoy in 2Q, a six-year low), markets entered the meeting pricing in only a 20% probability of a hike in December and a 40% probability of a hike by February. The reaction to the announcement of an imminent hike was therefore quite strong on the FX market, with the Swedish krona appreciating by half a percentage point soon thereafter, then retracing back lower to levels only slightly higher than the opening of the day.

Reasons for such a volatile move by the currency can be found in the remaining part of the forward guidance, which is definitely more dovish. It states that: "Uncertainty over the development of economic activity and inflation abroad and in Sweden is considerable. The forecast for the repo rate has therefore been revised downwards and indicates that the interest rate will be unchanged for a prolonged period after the expected rise in December." So far, the Riksbank has tried to strike the right balance between willingness to leave negative rates behind and the need to take into account the weaker global outlook. The October meeting has therefore tried to address both aspects.

The Norges Bank kept rates on hold and forward guidance unchanged, indicating that the policy rate would most likely remain unchanged in the coming period.

After already three rate hikes this year, the central bank was not expected to deliver any change. Governor Olsen said: “The upturn in the Norwegian economy is continuing broadly in line with expectations in September. Global uncertainty persists, and interest rates abroad are very low. At the same time, the weak krone may result in higher inflation ahead”. The last statement made the NOK appreciate slightly vs the euro, although on the year to date the currency has done nothing but weaken, despite interest rates increasing by 1% since September 2018. 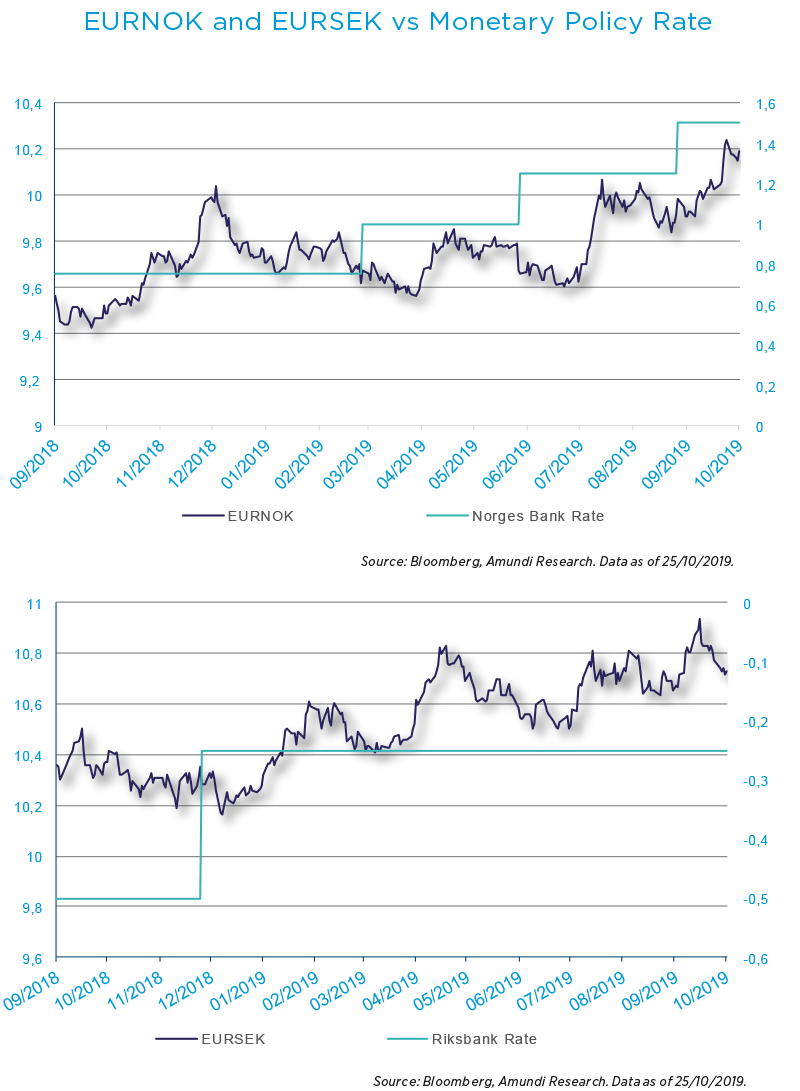 DI SILVIO Silvia , Fixed Income and FX Strategy
Send by e-mail
Riksbank to take interest rates back to zero by end of 2019 – Norges Bank on wait-and-see mode
Was this article helpful?YES
Thank you for your participation.
0 user(s) have answered Yes.
Related articles 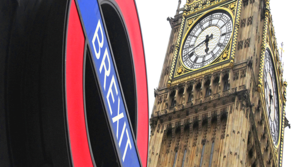 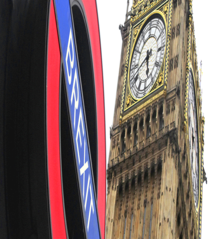 Risks of a no-deal Brexit have receded materially over the past few weeks, implying that the Bank of England is now more likely to keep its monetary policy on hold, in a wait-and-see mode over the next year. UK nominal yields have already removed most of the no-deal risk, having repriced up by almost 30bps from their October lows, and are seen moving more in line with the global trend in nominal rates going forward. 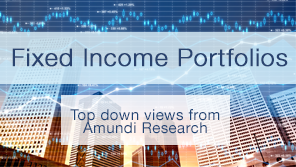 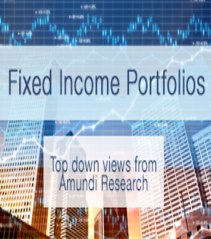 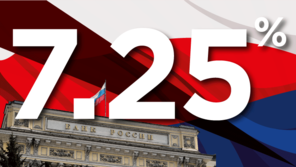 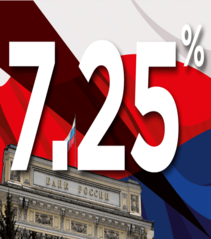