"No" won in Italian referendum: what to expect now?

Markets have already discounted to some extent a NO vote

Despite uncertainty, the polls led financial markets to discount with a higher probability a No win. The 10-year BTP spread over bund was quite stable in the 130 bp area for most of October and then in just one month it progressively rose to around 190 bp (level reached on 28 November) and then retraced back slightly in the following days just before the referendum. However, Friday’s close was the peak reached by Italy’s 10-year spread over the last two years, higher also than levels reached in June 2015 Greek crisis. At the same time, over the last weeks Italian equities have underperformed other European equity markets, especially among financial names, apparently more correlated to the uncertainty stemming from an eventual No victory.

Subsequently, current market conditions look quite different from what prevailed in other recent electoral experiences: indeed, polls were all showing a higher probability for Bremain vs. Brexit, for example, before the British referendum last June. In a nutshell, we believe that the result of the referendum is partially priced in and should thus not produce a massive market reaction and additional negative effects may look more limited than in June after Brexit shock.

Another factor which should keep markets from too dramatic moves is the fact that the ECB meeting is scheduled for next Thursday: market players are likely to take this into account till 8th December, when the ECB may announce an extension of its QE program beyond March 2017. The very last message from Mario Draghi and other major representatives of the ECB, like Vitor Constancio, confirmed that the ECB will remain fully committed to reach its inflation goal and to preserve financial stability. Against this backdrop, the ECB is likely to closely monitor potential negative spillovers from the Italian referendum result: one of the QE achievements most frequently cited by the ECB is actually the fall in financial fragmentation within the Eurozone. As an illustration, bank interest rates charged to SMEs have converged within the Eurozone (Italian SMEs can obtain bank loans at the same interest rates as German SMEs).

Keep in mind, that the Italian economy remains particularly weak despite ultra-low interest rates.The financial defragmentation has hardly benefitted the Italian economy so far. In particular, GDP in Italy has not returned yet to its 2011 level. The economy has fallen into a low growth/ high unemployment trap, from which it may take several years to escape. Keeping interest rates at a low level (i.e. below nominal GDP growth) is a prerequisite condition for a durable recovery and the public-debt sustainability. This is all the more true that potential growth in Italy has fallen more than in the rest of the eurozone: on the one hand, the Italian population is aging rapidly (population even dropped in 2015) and, on the other hand, productivity has fallen (this is a global phenomenon).

Against this gloomy economic backdrop, we expect the ECB to put in place the measures needed to keep the positive achievements reached in the last few years through the QE. In other words, we expect the ECB to do “whatever it takes” to maintain low government bond yields within the eurozone.

What likely political scenario now after the referendum?

Why immediate early elections are unlikely

General elections will probably take place in February 2018, as initially planned, or in the second half of 2017. Early elections (in the first half of 2017) are unlikely because the electoral law would need to be changed first. The right wing is already open to participate to a government that will make the new electoral law. Note that the Democratic Party of Matteo Renzi will find it difficult to lead a new government. The only parties asking for immediate elections are populist Northern League (NL) and 5 stars.

One main consequence of the No victory is that the current system (perfect bicameralism) remains in place. Therefore, changing the electoral law is expected to be the main task of any government, as the Italicum (the new electoral law) is not compatible with the perfect bicameralism that will continue to prevail as the reform has not passed. Furthermore, the Italicum is still under the scrutiny of the Constitutional Court which will rule about its eventual unconstitutionality: therefore the electoral law is very unlikely to survive in its current format.

From a political standpoint, this is important for future elections, because it would raise to quite high levels the bar for populist or anti Euro party to get a majority in the parliament. On the contrary, this will increase the probability of a coalition government to follow, probably by mainstream parties more inclined to seek an alliance. This would finally reduce the chances to see a Populist Party or populist coalition forming a new government.

After the unexpected Brexit vote and Trump’s improbable victory, the Italian referendum was the next big risk being watched closely by the financial markets. However, there are two important points that make this vote different - one good, one bad. The good news is that unlike the two previous “black swans”, the “no” vote was always the favourite to win in Italy, leaving little scope for an unpleasant surprise. The bad news is that unlike the United States and the United Kingdom, which both have their own currency and an independent central bank to absorb some of the shock, Italy shares its currency and its central bank with its eurozone neighbors. So tension is building on bond and equity market risk premiums. The yield spread between Italy and Germany has reached very high levels, equivalent to those seen in 2008 for example (though without reaching the peak of 2012). And similarly, Italian equities have spectacularly underperformed by more than 20% throughout 2016 ahead of the referendum.

Over and above the political risk inherent to the referendum, the outcome of the recapitalisation of Italian banks is also of crucial importance.

In this environment of uncertainty that transcends the 4 December vote, we decided to selectively underweight some Italian banks and to reduce our overall exposure to Italian listed securities so that we are not overexposed when the results are announced. While the Italian market does offer attractive stocks, it has to be said that short-term market movements are not always particularly discriminating.

The Italian referendum is particularly important for portfolio construction for several reasons:

In these conditions, our diversified portfolios took a prudent stance (balanced risk coupled with macro-hedging positions, for example long on volatility) in the run-up to December. At the same time, our bond portfolios reduced their risk budget. Among other impacts, this resulted in the sale of peripheral countries. We remain overexposed on these assets, but mainly focused on Spain rather than Italy. We prefer the 2-7 year segment on government debt and are avoiding the very long end of the curve. Similarly, we have reduced our Italian credit positions (first on financials, then on industrials). Our overexposed positions are countered by short positions on semi-core countries (like France, for example), which will limit our underperformance in the event of a massive widening in spreads.

The risk on our positions is essentially related to the possibility that the Five Star Movement could increase its influence on Italian politics. In this case, spreads would probably widen further and our response will depend on what the ECB delivers at its meeting on 8 December. With stressed spread levels (on BTPs in particular), and with additional elements pointing towards upcoming normalisation, we will increase our positions on risky assets; our limited use of the risk budget would allow this.

Over and above the Italian situation and the recent surprise of Trump’s victory, we reaffirm the convictions that form our scenario of moderate reflation: 1/ global growth should come out at around 3% per annum for 2016-2017, with economic growth now being driven more by domestic demand than by global trade; 2/ monetary policies will remain very accommodative (primarily for the ECB and the BOJ); 3/ fiscal policies around the world are likely to become more expansionary; and 4/ emerging market fundamentals will continue to improve. As for Trump’s election, it should generate moderate additional growth (positive for global markets), and we believe that fears of a major budget overshoot are exaggerated (positive for emerging markets).

We are therefore adjusting our portfolios accordingly, with a policy that is overall short on duration (US and euro) and long on breakeven inflation. At this stage we reiterate our positive view on emerging markets (both debt and equities). We are also maintaining our relatively balanced position on equity risk or beta, in particular on our European multi-asset and equity strategies, in view of the period of uncertainty that lies ahead and the upcoming busy election timetable in Europe. 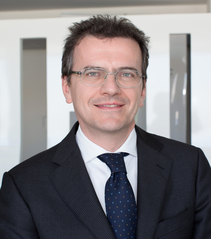 The referendum for the final approval of the reform of Italy's constitution is approaching, as it will be held on 4 December. The outcome will certainly have political consequences for the future of Matteo Renzi, the current President of the Council of Ministers, but also for the country's political landscape and for the path of the structural reforms needed.

Italy’s Constitutional Court ruled yesterday on the electoral law for the Lower House (the so called Italicum).