What do we have to think about the flattening of the US yield curve?

Recently, the US yield curve has flattened dramatically. As a consequence, many market participants started to wonder whether this movement was pre-announcing a recession in the United States.

Note that we would have obtained almost exactly the same dating with the slope of the 2y-10y segment and a threshold of 60 bps.

Having this in mind, we should highlight two points: 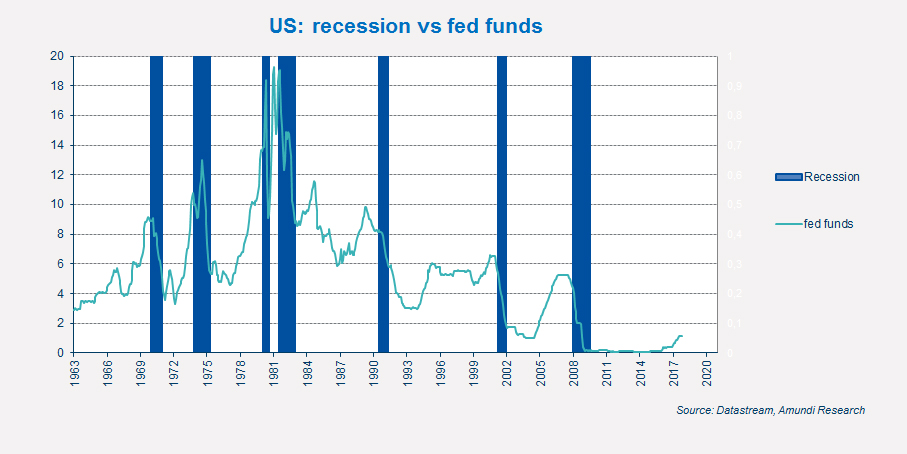 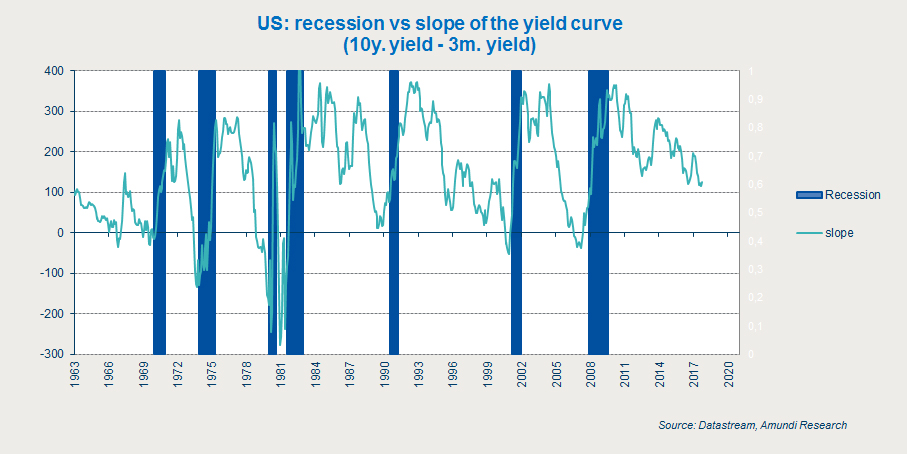 Third, the flattening of the US yield curve has probably been too far too fast recently.The curve has flattened as markets started to revise up their fed funds expectations for 2018 from early-September. Consequently, the short-end of the curve has risen, more than the long-end.  It is perfectly common to observe a flattening of the yield curve when the central bank raises its key rates and this is that will happen in 2018 but the recent move has been too marked. A basic macro model of the slope of the yield curve (using central bank rates, the output gap and the inflation gap) indicates that the curve should be steeper at this stage of the cycle. Despite our view that the US yield curve should flatten in 2018, it may be relevant to play the steepening in the short-run, especially for the 5y. – 30y. segment.

Ang, Piazzesi & Wei, 2006, “What does the yield curve tell us about GDP growth?”, Journal of Econometrics.

Rudebusch and Williams, 2006, “Forecasting Recessions: the Puzzle of the Enduring Power of the Yield Curve”, Journal of Business & Economic Statistics.

DRUT Bastien , Senior Strategist at CPR AM
Send by e-mail
What do we have to think about the flattening of the US yield curve?
Was this article helpful?YES
Thank you for your participation.
0 user(s) have answered Yes.
Related articles 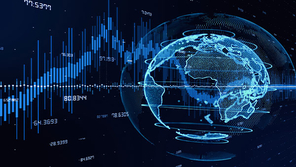 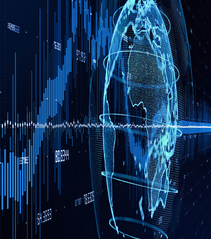 As part of their toolkit to support the economic recovery during the Covid-19 crisis, central banks could implement yield-curve control. Although appealing, the implementation and exit risks of such a policy counterbalance the benefits, particularly in the Eurozone. Moreover, the impact on financial markets could be significant since chained risk-free assets could temporarily leave risky assets unsettled. 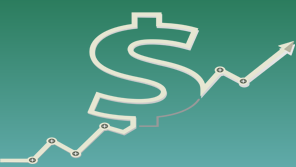 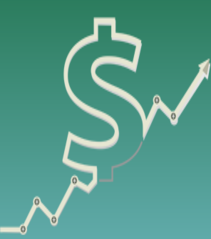 Investors are still perplexed about the US growth outlook, with the weakening observed in Q1 (0.7% qoq annualised). Indeed, the gap has widened between business surveys,  which are good, and real business numbers, which are mixed.