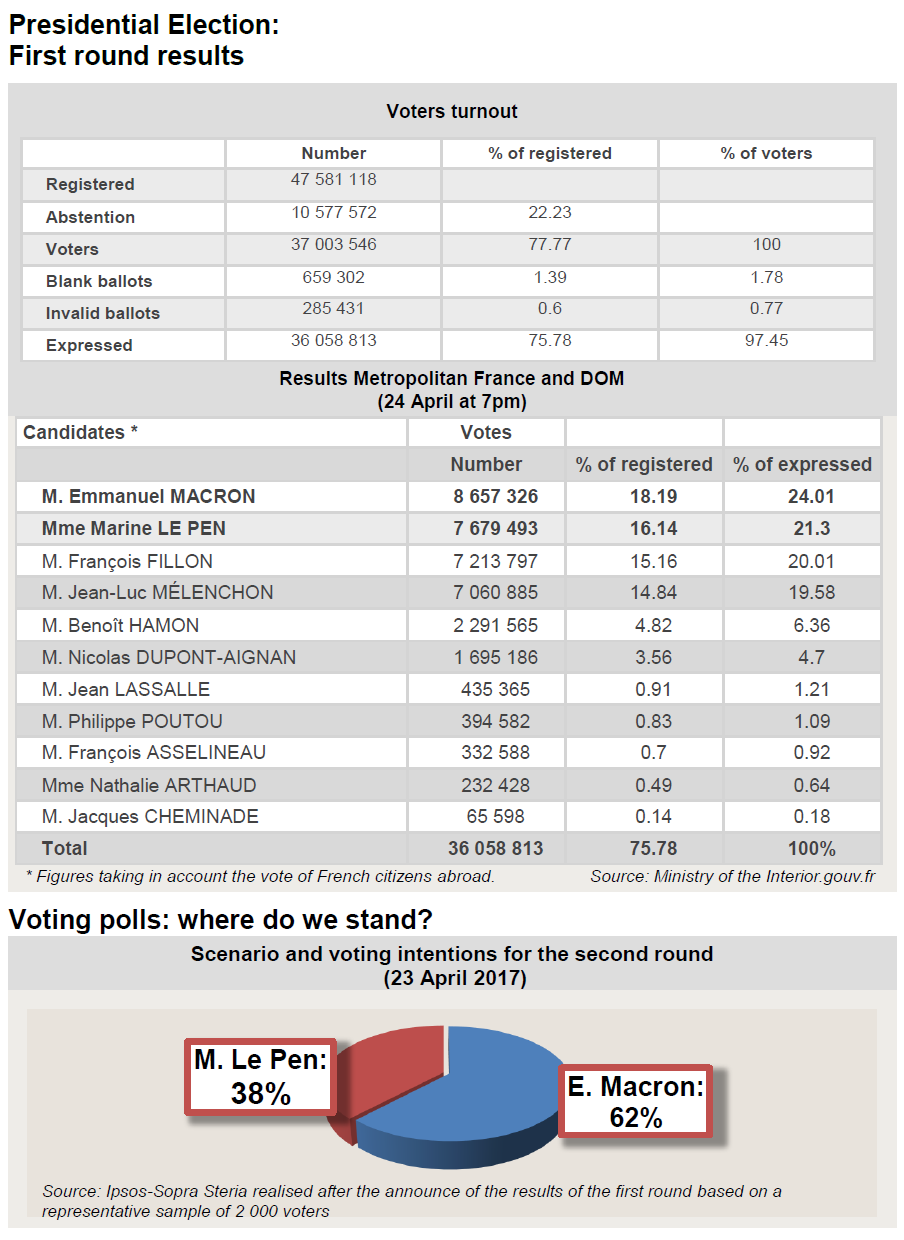 The French presidential elections remained uncertain until the end:

The polls were tight to the end, though with one pair constantly leading the race: Emmanuel Macron and Marine Le Pen.

The first round finally delivered its verdict: Emmanuel Macron (En Marche!) arrived in the lead with 24.01% of the votes, ahead Marine Le Pen (Front National) with 21.3%. It is therefore between these two candidates that the future President of the French Republic will be chosen. François Fillon (Les Républicains) got 20.01% of the votes, Jean-Luc Mélenchon (La France Insoumise) 19.58%, Benoît Hamon (Parti Socialiste) 6.36%, Nicolas Dupont-Aignan 4.7%, Jean Lassalle 1.21%, Philippe Poutou 1.09%, François Asselineau 0.92%, Nathalie Arthaud 0.64% and Jacques Cheminade 0.18%.

II – What do the polls say for the second round?

Until now, the populists, although they have been announced or feared, have not been able to take power neither in Italy, nor in the Netherlands, Austria or Spain. This will also be the case for Germany, with the two leading candidates (accounting for more than 60% of voting intentions) are strongly pro-European candidates (Martin Shultz and Angela Merkel).

As regard France, the polls institutes had so far analysed the six possible binomials: Macron - Le Pen, Le Pen - Fillon, Fillon – Macron, Le Pen - Mélenchon, Macron - Mélenchon and Fillon - Mélenchon. What emerged from the different scenarios was that Macron remained in the lead in the second round, regardless of the opponent, that Marine Le Pen did not win the election in the second round regardless of the candidate, and that a Francois Fillon's victory would prove complicated given the percentage of undecided.

As for the Macron – Le Pen binomial selection in the first round of elections, the latest polls indicated that the percentage of undecided was less than the difference between the voting intentions for the two candidates, which gives "some comfort" for the election of E. Macron. But let's be clear: the percentage of undecided and the probable reduction of the abstention rate (as is the case in each second round of presidential elections - 8 points in 2002 and 2 to 3 points on average) add uncertainty.

Let us recall, however, that in the French elections, whether national, regional or local, the transfer of votes has so far led to the elimination of the "extremist" parties: the right either withdraws or votes for the left (and vice versa) to avoid the election of the candidate of the National Front, for example. It was thus (but not only for this reason) that, after having made nearly 17% of the votes in the legislative elections, the National Front had finally obtained only 2 seats of representatives in the National Assembly (0,35% of the seats). François Fillon and Benoît Hamon already announced they would vote for E. Macron and recommend their supporters to do the same. Some other candidates reject the Front National officially but do not want to give voting instructions.

Voice reporting is also informative. According to the survey, 49% of Francois Fillon's voters would vote for Emmanuel Macron, 28% for Mr. Le Pen, and 23% would not vote or vote for any of the candidates. 53% of Jean-Luc Mélenchon's supporters would vote for E. Macron, 16% for Le Pen and 31% would not vote in favour of any of the two candidates. 17% of respondents did not make any choice in the survey.

The analysis of the qualifications of the candidates is also very clear. 68% of respondents consider that E. Macron is the most capable of forming a majority in the Assembly (23% for Le Pen). 59% of the respondents give E. Macron the qualities necessary to be president, against 32% for M. Le Pen. 58% of respondents are convinced that E. Macron has the best project and is the most honest (33% for Le Pen). The same score for proximity to French ideas and values: 56% for Macron and 35% for Le Pen. E. Macron is also the most able to understand the voters (51% against 39% for M. Le Pen, 10% without opinion). Regarding the desire to really change things, Mr. Le Pen won the vote: 47% against 45% for Macron.

III – The programs of both candidates at a glance

The table below is based on the candidates' programs and on the website of the French newspaper "Le Monde". We added colour for the two candidates who are qualified in the second round: a blue colour for E. Macron, orange for M. Le Pen, and purple for the points of agreement. The same colours have also been added for each beaten candidate, considering the proximity to either Le Pen, or Macron, and this has been done measure by measure. This is important because the electorate of the beaten candidates will obviously have to vote either for Emmanuel Macron or Marine Le Pen. Some comments from the table below:

Ahead of the second round of the presidential elections, several conclusions must be drawn:

The table below refers to the main programs and cleavages at the dawn of the second round, as well as indications of their "proximity" (blue for "Macron group", and orange for "Le Pen group", purple for consensual measure)..

IV– Europe, the big stake of the second round?

Several points emerge from the analysis of the programs of the main candidates (those who are in the second round and those whose vote deferral is likely to weight in the balance):

The proposed measures (fiscal and tax stimulus, sovereignty or subsidiarity ...) run counter to European rules (Le Pen, Mélenchon and to a lesser extent Hamon) or have the ambition to consolidate European integration (Macron and Fillon). Furthermore, since the French electorate favours the EU and EMU, hostile speeches against Europe have recently been mitigated by the two extreme candidates, Le Pen and J.-L. Mélenchon. But the inconsistency remains between the desire to regain sovereignty (monetary, fiscal, political, diplomatic and even territorial) and to stay within the EU / EMU. The debates preceding the second round will undoubtedly focus on these themes, as they will determine the scope and direction of voting transfers.

Looking at the results and at the usual transfers of votes (the right-wing parties voting for the left, and vice-versa, to eliminate extreme parties at second round of elections), it is reasonable to bet on a victory of E. Macron (the second round will take place on May 7).

What’s next? In less than two months (June 11 and 18), the French people will vote again for general elections (with the whole 577 deputies to be elected).

Two key questions at this stage

V – Back to fundamentals

Immediately after the first round of the election, the most unfavourable scenarios (such as a second round of Le Pen-Mélenchon, or the prospect of a Frexit ...) have disappeared, but part of the uncertainty remains: it will be definitively lifted following the parliamentary elections (11 and 18 June). Even if non-resident investors did not rush to the French market, there was reason to expect a relief movement leading to an appreciation of the euro, lower bond yields, an increase in equities and in corporate bond markets and (especially the higher beta segments), and a lower level of the OAT / Bund spread. This improvement in the French market stems in large part from the sharp reduction in the risk premium (declining political risk) and the currently better economic situation. Clearly, the return to fundamentals will make it possible to highlight a tangible reality:

VI – What should we look at now?

This return to the fundamentals of the French economy must not make us forget the international environment:

The Macron duel - Le Pen was widely expected from the various polls. It did not surprise the financial markets, it even caused a great relief due to the disappearance of the extreme scenarios.

A victory of E. Macron appears the most probable (64% against 36% for M. Le Pen according to the very last poll). The possibility for the next president to form a solid parliamentary majority and carry out the reforms announced in his program becomes strong: the traditional parties of the Right and the Left (the Socialist Party) will have to rebuilt, and it is easy to imagine that the new President will be able to capture many supports.

In short, instead of an extreme risk of an anti-European populist party in power but without a parliamentary majority, a scenario emerges of a pro-European presidency (Macron is by far the most loyal to Europe and its institutions) capable of leading with a majority or a coalition ...

In the line of sight, a strong Franco-German couple (Angela Merkel or Martin Schulz, two convinced Europeans, will be the last two candidates for the Chancellery).

The disappearance of the European systemic risk and of the French specific risk is now a very tangible reality: French risky assets recover their colours.

Much of the uncertainty is lifted and we can now look at France and the French markets with a much lower risk premium, focusing on its own fundamentals. The environment is once again favourable for equity and credit markets (especially the higher beta segments). The reduction in the risk premium goes hand in hand with a lower level of the OAT / Bund spread.

The US (weak) growth, the Fed, the ECB, and "Trumpflation" are back on the agenda.

This return to fundamentals should pay off for EMU, but also for emerging markets. 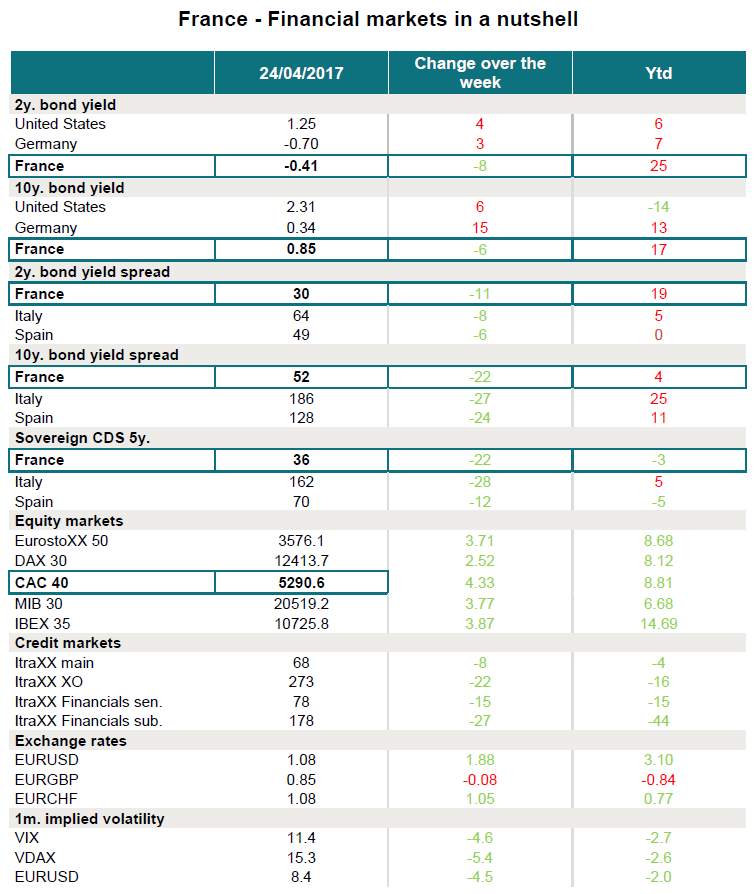 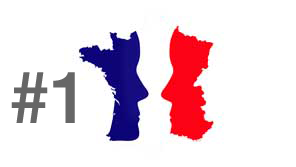 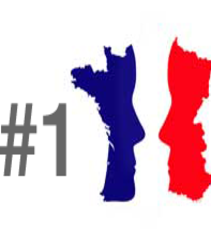 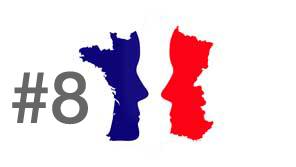 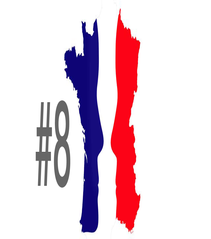 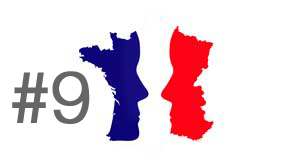 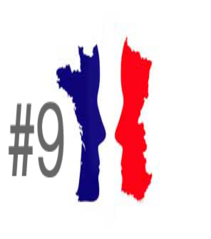 The second round of the presidential election provided the name of the winner: E. Macron is the next president of the French Republic (66% of the votes).